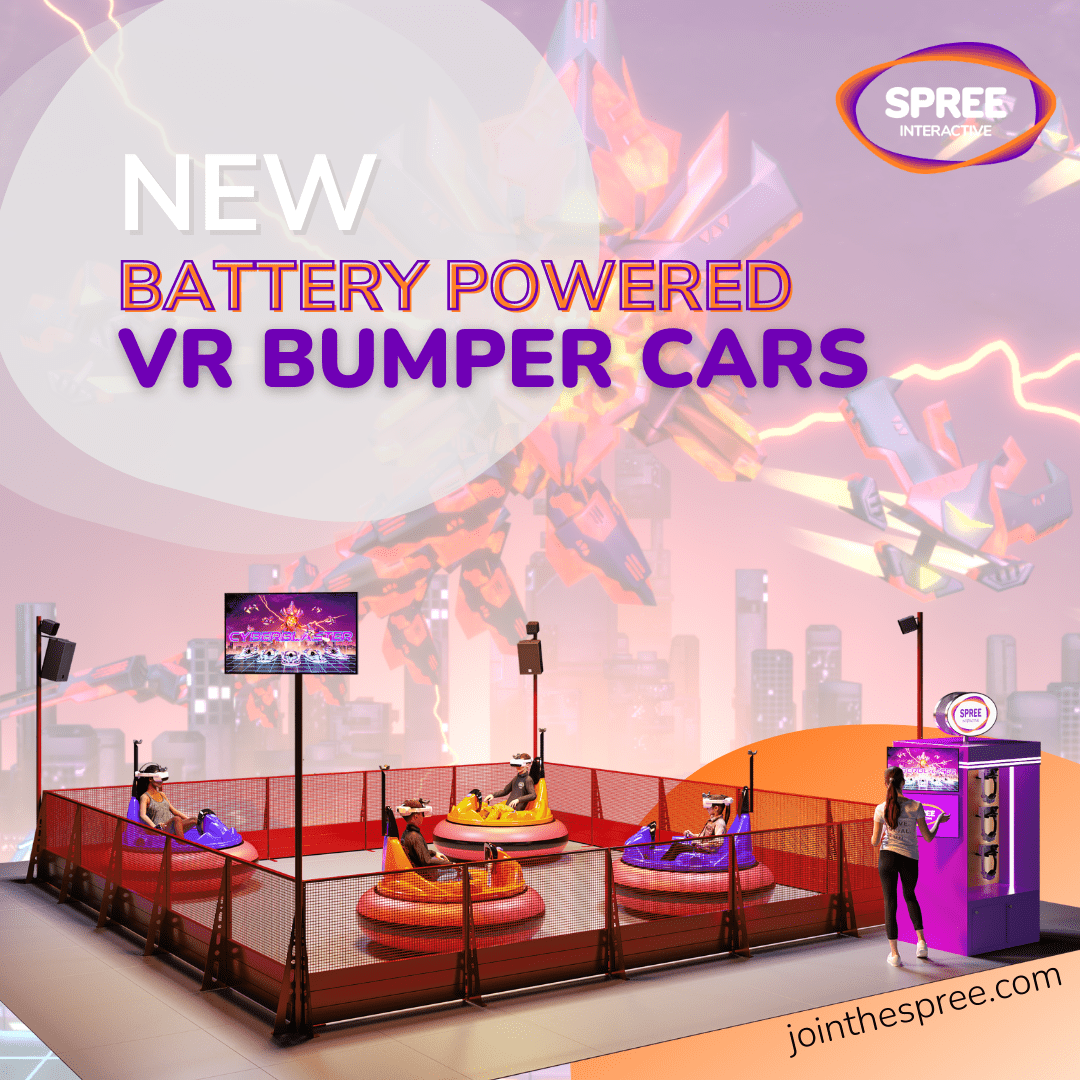 Munich/Nuremberg, Germany, January 24, 2022 – SPREE Interactive, a specialist in multiplayer free-roam VR attractions for the location-based entertainment market, partners with Eurogames, world’s leading manufacturer in battery powered bumper cars, to present an economical and highly-entertaining solution which transports players and their Space Bumper Cars into the metaverse.

“It is evident the vast curiosity of the virtual space is continuing to grow rapidly and after experiencing a popular demand with the Floor Pick-Up VR Bumper Cars we wanted to offer a similar worldwide solution for smaller FECs that sees physical objects of the real world accompanying players into the virtual world — in this case a hover vehicle,”  says Paul Collimore, Commercial Director from SPREE Interactive.

“Eurogames Battery Operated Bumper Cars can be enjoyed by anyone,” says Nicolas De Carlo, Sales Manager of Eurogames. “They are powered with 2 maintenance-free 12V batteries and equipped with 330W direct drive double motors. They are controlled by two easy-to-use joysticks allowing a thrilling 360° driving experience and can be operated on any smooth and flat surface such as concrete, asphalt, wood, and so on.

The Cyber Blaster title, which takes place in the not so distant future portraying a second life, sees players jumping into hover vehicles and protecting the virtual world from an unknown techno virus.  More news regarding the first installation and where to demo the attraction to follow in the coming weeks.