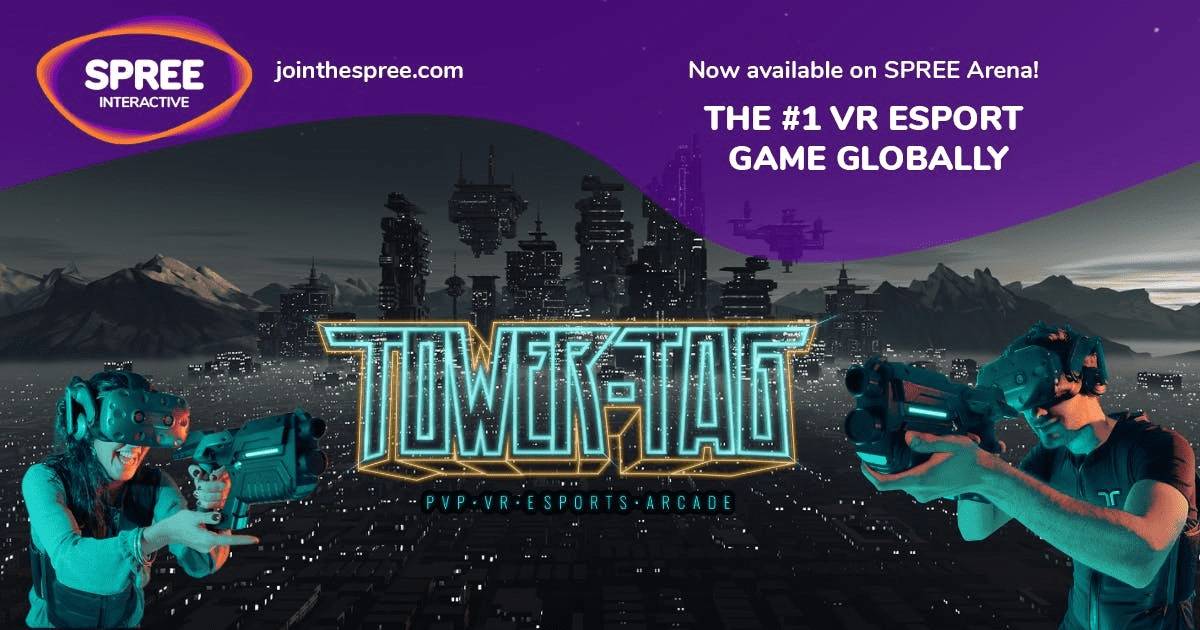 Nuremberg, Germany, February 2, 2021 – SPREE Interactive, previously known as HolodeckVR, a global leader in, multiplayer, free-roaming commercial VR attractions, has successfully secured a seven-digit investment of an undisclosed amount from two strategic investors and two financial investors in the second closing of its seed round already in November 2020. Spree Interactive will use the latest investment to expand global operations and strategic partnerships.

Tower Tag generates competitive tournaments between the world’s best players and now, the brand-new SPREE Arena exclusive will allow up to 8 players to compete against each other (Player versus Player PvP) or as a team against a AI-enabled bots (Player versus Environment PvE).

SPREE Interactive is doubling-down on the high-growth eSports market by providing all-in-one free-roam custom-solutions to the location-based entertainment market through their global partnership with Pico Interactive, creators of the Neo 2 headset that was named to TIME’s Best Inventions of 2020 List.

With over 3 billion gamers globally by 2023, global VR gaming market estimated to reach $92.31 billion by 2027, esports revenues estimated to reach $1.5B by 2023, combined with increase foot traffic across a variety of retail locations, the company’s entrance to the eSports market is a strategic move offering a complete solution to clients.

SPREE’s products deliver one of the highest ROI in the industry. Operators are recouping their investment in less than six months generating additional revenue with an average of 2,500 plays per location, per month, boosting ticket sales and revenue for its enterprise clients like Family Entertainment Centers.

SPREE Investor, Stephan Berendsen, Founder and Managing Director of Germany-based Berendsen Holding GmbH says: “After having sold my own company to Disney 15 years ago, I know what it takes for a company to become attractively scalable and profitable – and SPREE has the potential for both.”

SPREE’s Founder and Managing Director Jonathan Nowak Delgado says: “In order to continue to be on the forefront of the VR attractions industry, we will continue to build upon proprietary, patented sensor fusion technology, strategic partnerships and cutting edge content distribution platform as we plan our Series A round later this year.”