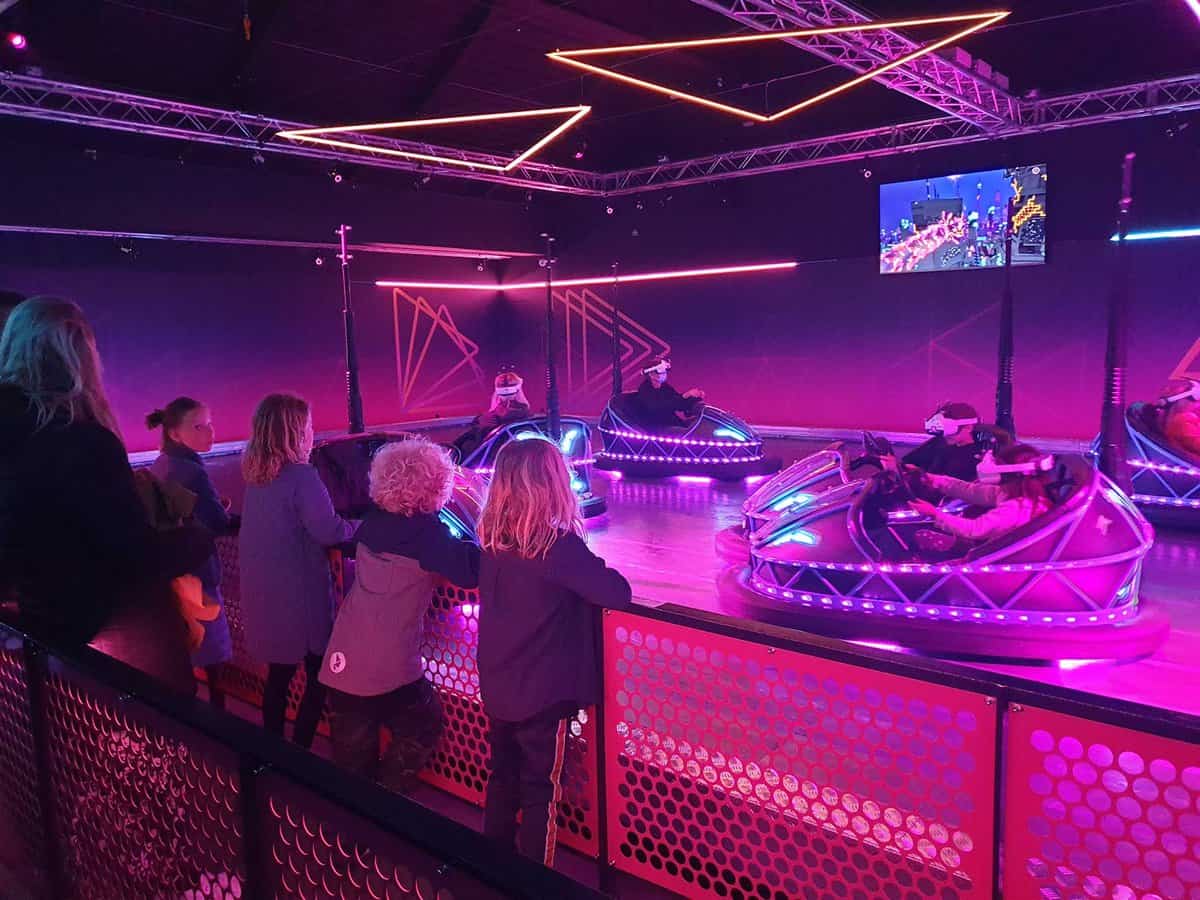 Kaiserslautern and Nuremberg, Germany, May 12, 2021 – After creating the world’s first VR Bumper Cars attraction at Erlebnispark Schloss Thurn in cooperation with SPREE Interactive, VR Coaster GmbH & Co. KG has now granted a license for the next VR Bumper Cars ride at Universe Park, Denmark. The license to SPREE with sub-licenses for I.E. Park Soli Car and Universe Park comprises, among others, that a ride specific virtual reality is displayed on mobile VR headsets.

The ride was featured at the grand opening of Universe Science Park in complimenting the park’s natural science and technology theme. Cyber Blaster provides a unique, modern twist to a classic attraction allowing up to 20 players at a time to battle an unknown techno virus in the virtual world whilst driving bumper cars.

The bumper car and track infrastructure was supplied by Italian amusement supplier, I.E Park Soli Car, whilst the game Cyber Blaster and VR technology was provided by SPREE Interactive and PIXOMONDO, with the license by VR Coaster. The license has been granted for this project only.