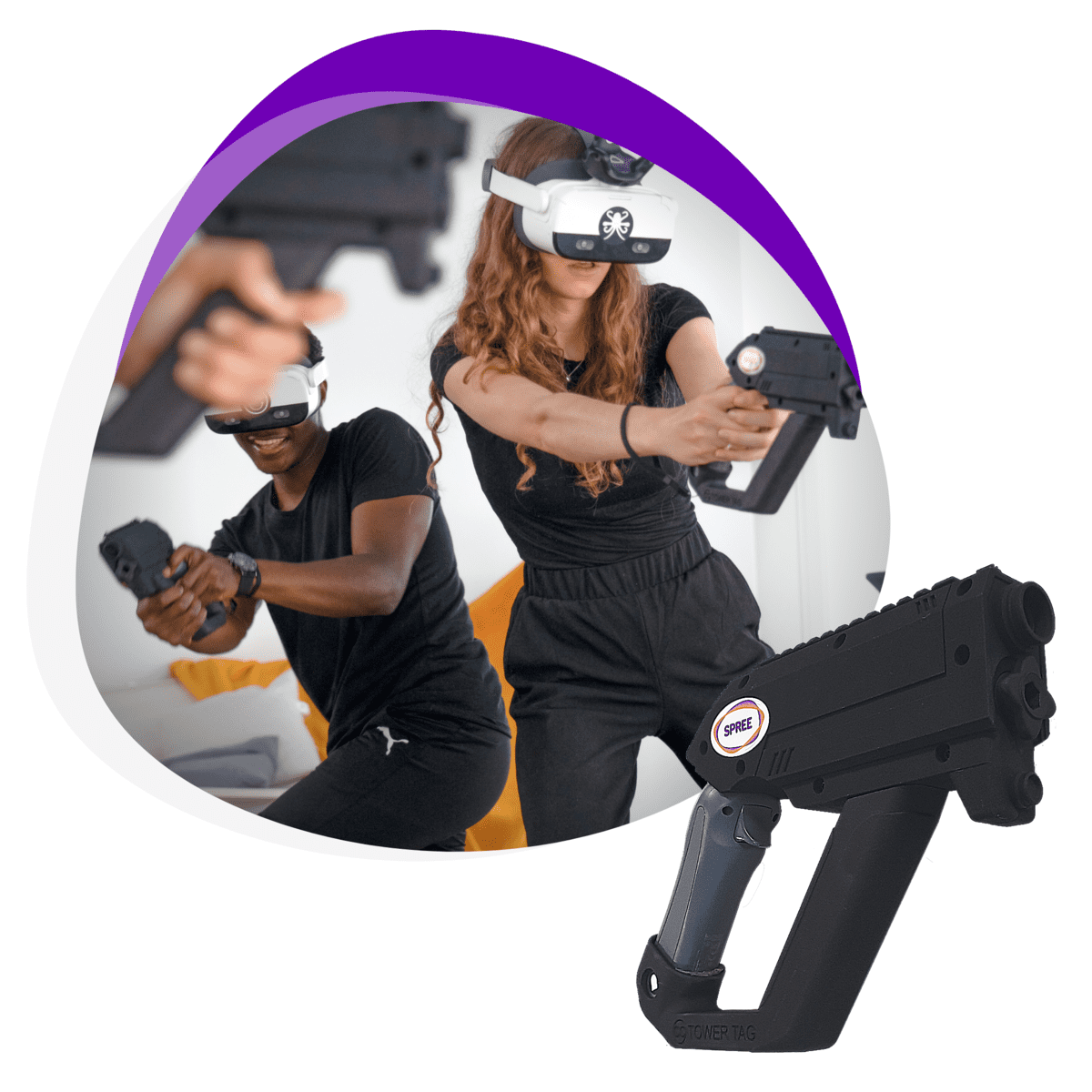 Nuremberg, Germany, October 6, 2021 – SPREE Interactive, a specialist in multiplayer  free-roam VR attractions for the location-based entertainment market, enters the ESports market with its latest VR Laser Tag game bundle along with an upgrade to Pico Interactive’s Neo 3 headsets. The upgrade of the headsets allows for expanded gameplay creativity and a greater immersive experience.

The Pico Neo 3 VR Headset boasts a stunning 4K display running at a 90Hz framerate. This firmly places the headset at the top of its field.  The upgraded specifications are utilised to full effect within the SPREE Arena VR Laser Tag game bundle which includes popular eSports title “CvR”, accommodating up to 10 players at the same time.

“A great sign of the ease with which our partners will be able to migrate to the Neo 3 Pro from the Neo 2,” says Leland Hedges. “We are happy to extend our previous relationship to this new HMD and we can’t wait to see all the new creative applications and content that our platform will help enable.”

SPREE Interactive teamed up with partners at Reality on Demand Studios and Knucklehead Studios to host the laser tag-like game “Cops Vs. Robbers” where players can switch between multiple maps in a competitive player vs. player or team vs. team bank heist battle.

“Since the start of VR, we have been contemplating the potential of wireless VR,” says Wouter van den Bijgaart, Managing Director of Reality on Demand Studios. “The second it became available on the market, we vouched to create a memorable VR experience for everyone to enjoy. We’re excited to have found a partner in SPREE—their vision resonates with our own.”

“We took the core mechanics of paintball and laser tag to transfer the feeling of not only aiming at opponents but also dodging behind obstacles,” says Phillip Steinfatt, CEO of VR Nerds. “It is a very active game in the VR world and we are proud to have partnered with SPREE Interactive as they host the mobile, free-roam version in the SPREE Arena.”

This highly addictive bundle opens the possibility for venues to offer eSport competitions and events, with real-time leaderboards to track players and scores, offering businesses additional sources of revenue. A SPREE Arena combats the large footprint and costs associated with conventional Laser Tag centers, as there is no longer a need to change the environment when changing games which often leads to a slow ROI. The small arena size and speedy onboarding creates a high-replay value for entertainment centers.

“Our goal is to supply our customers with entertainment that adheres to the latest trends in order to grow their location’s foot traffic. With a surge in the VR eSports market, the Laser Tag Bundle is the perfect addition to our library of games and allows our customers to offer their guests the latest VR eSports action,” says Jonathan Nowak Delgado, Co-founder and managing director of SPREE Interactive.

The addition of the Pico Neo 3 headsets and the new Laser Tag bundle proves SPREE Interactive’s commitment to providing high-quality family-friendly games that are pioneering in the field of location-based entertainment.