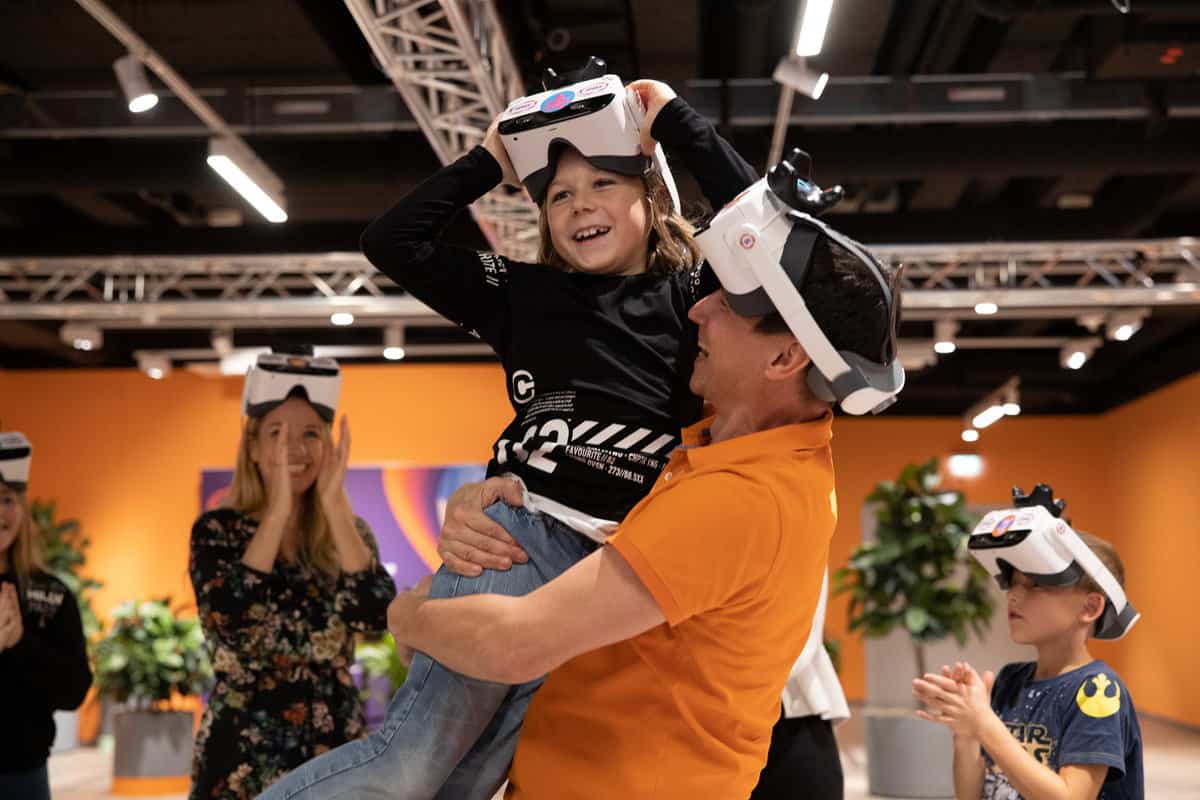 Pretty much every virtual reality headset manufacturer recommends their product to be used exclusively for those 13-and-over. But SPREE Interactive has spent the last 4-years successfully building games and attractions for families with kids aged 4-12. The SPREE Arena has been installed in over 50 global sites with more than 75 already scheduled over the next 12-months.

“SPREE has been successful where no other company has tread because they’ve relentlessly focused on the younger audience,” said Bob Cooney, leading expert on location-based VR and SPREE Interactive board member. “By studying how kids play, SPREE’s game development team has built mastery in building social games that young kids take to immediately, but also have layers of sophistication to engage their older family members. They’re like the Disney of location-based VR right now.”

“We started focusing on making attractions for trampoline parks because it was an underserved market,” commented Jonathan Nowak Delgado, SPREE’s co-founder and managing director. “The primary customer age in those locations was under 12. But we also observed that parents were not playing with their kids. They tend to drop them off and watch. We wanted to find a way to help the families play together.”

“One of our core competencies is understanding our player groups”, said Sarah Stief, head of VR games at SPREE. “For example, guests at trampoline parks like to play physically. So, we develop mechanics that relate to physical skill, without assuming a certain fitness level so as not to exclude anyone. We also find children take to VR much faster than adults, so we must consider what friction parents might cause when playing.

SPREE conducts feedback tests in selected locations to confirm their game designs and adjust them when necessary. “It is interesting to note that it is especially the children who are often underestimated,” continued Stief. “But they understand much faster and are often much better than adults.

While the talk in the FEC market centered on how to cater to millennials for the last decade, a new generation emerged. “Generation Alpha” includes anyone born after 2013 – making the oldest about 10 years old. They were entirely born during the 21st century. They’re the first generation that will grow up with virtual reality technology.

SPREE Arena lets up to 10 kids ages 4-12 and their parents have fun together in a virtual reality metaverse. Research from Party Center Software shows that 74% of birthday parties are for kids aged 4-12, the core of Generation SPREE.

SPREE Interactive will be showcasing their Generation SPREE VR games at IAAPA and hosting a birthday party themed mixer. For media briefings please click the link below to schedule a meeting with Bob Cooney and the SPREE team at the IAAPA Expo: https://jointhespree.com/iaapa-expo-orlando/